Since inception, Peace Fur Paws has been involved with local animal rescuers to help rescue, rehabilitate and rehome animals and below are some of the animals we have helped through the years ♥ We don’t want to take any credit from the rescuers and foster parents who did the hardest part of the work. Peace Fur Paws helped and assisted with veterinary bills, adoptions and occasionally foster care when we had the capacity to.

Handsome George  is a Polydactyl Persian cross and he is a big, cuddly teddy bear as you can see. He has been waiting for his furrever home for several months now and he has finally found his perfect home and settling in nicely!

Bella is a beautiful brown tabby girl and she has exquisitely beautiful eyes and markings. Bella was found neglected and left in a basement but was thankfully adopted by a wonderful couple. She is so pampered and loved now.

Yoshi is a super playful, sweet little girl and she was rescued with her entire family who were all starving outside. Sadly, Yoshi saw all her siblings get adopted but was the last one left. We never really understood why she was left behind as she is a beauty and she had such a personality. At the end, her foster Mom decided she just couldn’t part with her and Yoshi got adopted into a loving family. 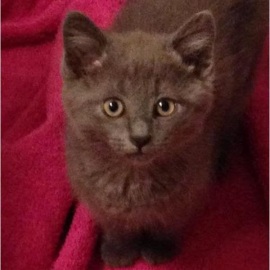 Graycee  was a smart, shy and super sweet kitten, rescued from an unsafe area and she had a cute white belly. It took a little time for her to come around but this sweet little pie got adopted to an incredibly loving family. She now has a best friend, the family’s dog who is extremely gentle with her. From humble beginnings to a happy ending. We’re so happy for you, Graycee! 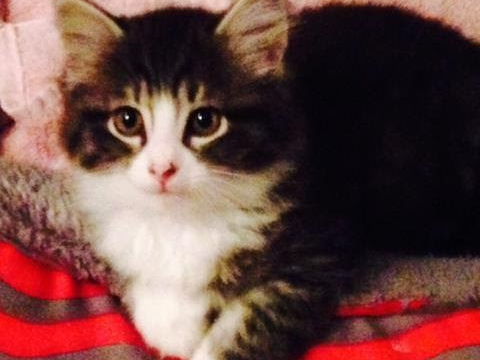 Melodie is a beautiful, playful, smart tabby girl who loved her toys. Melodie had to come a long way when she was rescued because she came from a very cat hostile area. She was adopted to a loving home and she now has an older feline buddy as her playmate!

Niko is a handsome shorthair silver tabby boy and he and his siblings were all rescued from an unsafe area but Niko was always very friendly and he loved to play and jump into people’s arms. He has been adopted by a lovely couple and should be a big boy by now!

Gizmo was found wandering in Mississauga all by himself, just shy of being 6 weeks old. Luckily, a very nice gentleman picked him up and contacted us. He is an unbelievably friendly, trusting and playful kitten. We are happy to share that Gizmo has found his forever home and he is so pampered and loved! 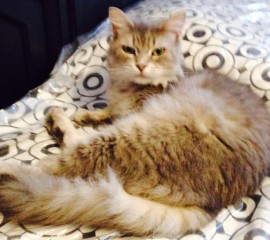 Cheeky is a beautiful dilute torti girl was adopted out within an hour at one of our adoptathon events to a wonderful family. She was surrendered by her owner who could no longer care for her. Cheeky was very malnourished when she was surrendered and even had pneumonia but she recovered well. Cheeky is a super sweet and friendly girl and we are so glad she has found a beautiful home.

Tiger was a large, feisty boy and he was very confident, and proud. He acts like a dog and loves being walked on a leash. One of the Pet Valu staff fell cpmpletely in love with him and decided to take him home. We are so happy for Tiger! 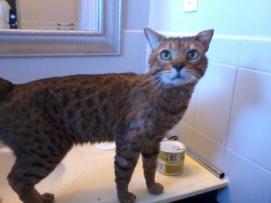 Baba is a pure Bengal who was incredibly affectionate and high energy. He loved to talk and sing and climb on people’s shoulders. He finally found a wonderful home after being in foster care for many months!

Max was an extremely loving, affectionate and stunning fellow and he was found abandoned and hungry in a parking lot. His amazing personality earned him many friends and during his stay at Pet Valu, people would visit him daily and he’d always greet them with his big loud purr and cute meow. Max is now living happily with a retired couple. 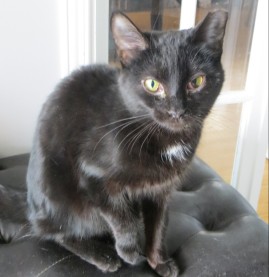 Precious was a small black 6-month old female cat when she became trapped in a snow-plow with her litter of kittens. People nearby heard desperate cries and found two small kittens on top of the snow, but they weren’t aware that Precious was still trapped inside the bank. It wasn’t until the next day that another good samaritan saw a glimpse of black in the snow bank and decided to dig and found Precious laying lifeless inside the bank.  Precious was brought to a feline rescuer who brought her back to life and was eventually adopted by her foster mom.

Bengi was a gorgeous polydactyl, Bengal cross rescued from a backyard breeder who had him caged up and was using him solely for breeding. He was luckily rescued and his foster dad noticed he acted just like a dog. It has hard for him to part with his foster dad but he did when he found a wonderful home where he can have the full run of the house and never be used for breeding again!

Torti was a very sweet and gentle 9 month old girl who loved being held and cuddled. She found her forever home where she gets lots of attention and kisses!

Silver was stunning, Lynx Point Siamese tabby cross has just found a wonderful home and we are thrilled for Silver! He is a gorgeous, sweet and shy boy who only deserves the best. He is about 9 months old now and we are happy he has found a loving forever home.

Cuddles was a sweet little girl and she loved being held and carried around. She was extremely gentle  loved kisses from her rescue mom. She could stay in her arms all day! She just got adopted by a loving couple. 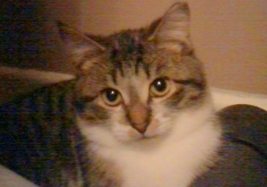 Rocky was found as a stray, freezing and very hungry but thankfully his rescue Mom took him in! He was a super handsome brown tabby cat with 4 white socks and he just got adopted into a wonderful forever home.

Charlie was surrendered by an unethical breeder because he could not longer breed.  He is a purebred British Shorthair and he was kept in a tiny cage for 4 years and bred for profit. When he was rescued, his back legs were so weak, he couldn’t walk. He also developed severe polyps in his ears due to repetitive infections.  Thankfully he was rescued and has been adopted by his foster Mom. 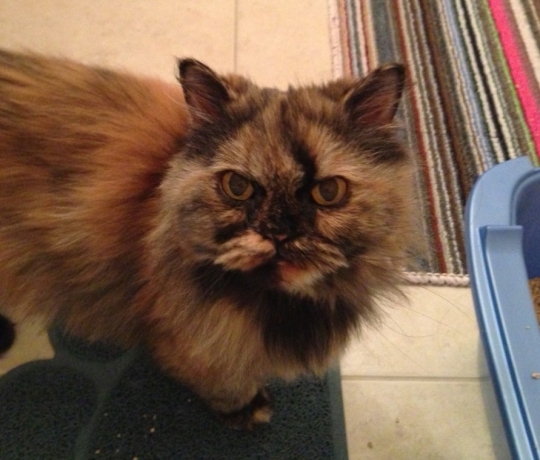 Melanie was rescued from a backyard breeder who had her locked up and used for breeding. When she was rescued, she was very sick with upper respiratory infections and weak. Thankfully she was rescued for a few of her friends and she found a loving home who loves her and will never use her for breeding again.