In Memory Of – Archive

Many animals that we rescue often come from horrid conditions especially those from cat and puppy mills and backyard breeders. The shelters we support are 100% non-kill home based shelters and our volunteers do everything they can to save every animal.  Sadly, despite rigorous veterinary and nursing care, not all the rescued animals survive to make it to be adopted.

We would like to dedicate this page to remember our furry friends that are forever etched in our memories and to know that they were once given the love and affection they deserved. 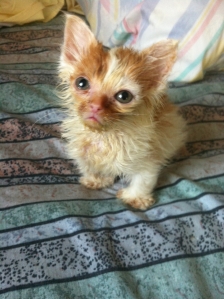 Maury was a very sad, but affectionate cat.  Although he was only 4 years old, he looked much older because he had a very rough life outside.  He was abandoned by his owners when they moved and ended up living in a ravine.  Unfortunately, he was constantly beaten up by other cats in the area until a nice lady rescued him. Upon veterinary examination, it was revealed his teeth were in a horrendous state and Maury’s health was clearly deteriorating and sadly, he never made it to his 5th birthday.  Even though he has a short life, he was loved during his final months in his foster home where he was nurtured and safe at last.

2 thoughts on “In Memory Of – Archive”

COVID-19 Started Because of Humans’ Abuse on Animals

Devastation Ravages Australia From Bushfires and Over One Billion Animal Casualties

Dark Ties of The Meat Industry